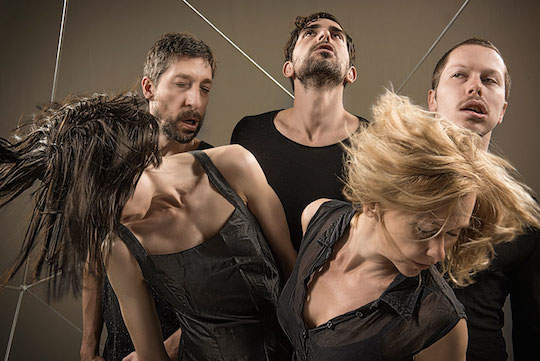 As far as historical personalities from the art world go, Harald Kreutzberg is a contradictory phenomenon: on the one hand an artistic revolutionary, on the other a Mitläufer (follower) of the National Socialist regime, although he only saw himself as committed to his art. In 1927, the New York Times described him as “the best dancer since Nijinsky”. He enjoyed international success and quickly became a star around the world.

His solos and joint performances with Yvonne Georgi made Kreutzberg the figurehead for German dance in the USA. He was also celebrated in other European countries as well as in Russia and in Asia. Few Expressionist dancers exerted such a major influence and achieved such an international standing as Kreutzberg. In the female-dominated world of Expressionist Dance, Kreutzberg put the focus on the male dancer und gave others, e.g. José Limón, the courage to take up a profession that was still considered ‘effeminate’.

Although he was himself completely apolitical, Kreutzberg continued his career uninterrupted under the Nazi regime and allowed himself to be used as a poster boy for the Nazis’ cultural propaganda. He was one of the most esteemed and highly paid artists in Nazi Germany despite being homosexual and despite the fact that his embodiment of women’s roles had already sparked lively discussions during the Weimar era about the image of the male dancer.

In its contemporary dance piece H.K. – Quintett, DanceLab Berlin was looking at three core questions from Kreutzberg’s biography: How does identity develop between individuality and uniformity? What do the terms ‘masculine’ and ‘feminine’ mean, in light of the gender debate? And what is the role of the male dancer today?

Rather than merely reconstructing Kreutzberg’s original pieces, choreographers Norbert Servos and Jorge Morro were working with five dancers to isolate individual gestures from Kreutzberg’s movement vocabulary and combined them with contemporary steps, in doing so approaching the historical material from a modern day perspective and discovering fresh access to it.

Harald Kreutzberg as an historical personality was also be presented in a comprehensive supplementary programme featuring an introduction, podium discussion, film and public discussion.

Funded by TANZFONDS ERBE – an initiative of the Federal Cultural Foundation, the Governing Mayor of Berlin and the Berlin Senate Chancellery for Cultural Affairs

The trailer is a DanceLab Berlin production.

No [’rait] of spring

Based on his own experience as a dancer in Pina Bausch’s Le Sacre du Printemps, Josep Caballero García looked at five key female roles in German dance history from the perspective of male dancers.MORE

The ballet company of the Nationaltheater Mannheim dedicated itself to Isadora Duncan, a pioneer of modern dance. A series of events was developed based on Duncan’s 1907 performance in the city.MORE