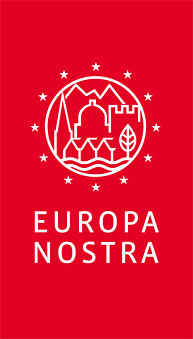 The European Commission and Europa Nostra awarded the prize in Madrid on 24 May 2016.
Madeline Ritter, project manager of TANZFONDS ERBE, accepted the prize for the initiative of the Kulturstiftung des Bundes (German Federal Cultural Foundation). TANZFONDS ERBE is one of 28 prize winners from 16 countries and the only German winner. The ceremony took place at the prestigious Zarzuela Theatre under the auspices of Plácido Domingo, President of Europa Nostra, the leading organisation for cultural heritage in Europe, and Tibor Navracsics, European Commissioner for Education, Culture, Youth and Sport.

TANZFONDS ERBE received the award in the category Education, Training and Awareness-raising for its achievements in preserving and communicating the cultural heritage of dance and for the extraordinary digital documentation concept of the website tanzfonds.de.

The Europe Nostra Awards jury acknowledgd “the importance of this supportive platform for this specific type of cultural heritage which intends to capture its ephemeral nature and make it available for the wider public as well as specialists of dance. The Dance Heritage Fund's success in raising awareness of this beautiful heritage is sure to have a positive influence on other projects throughout Europe by power of example."