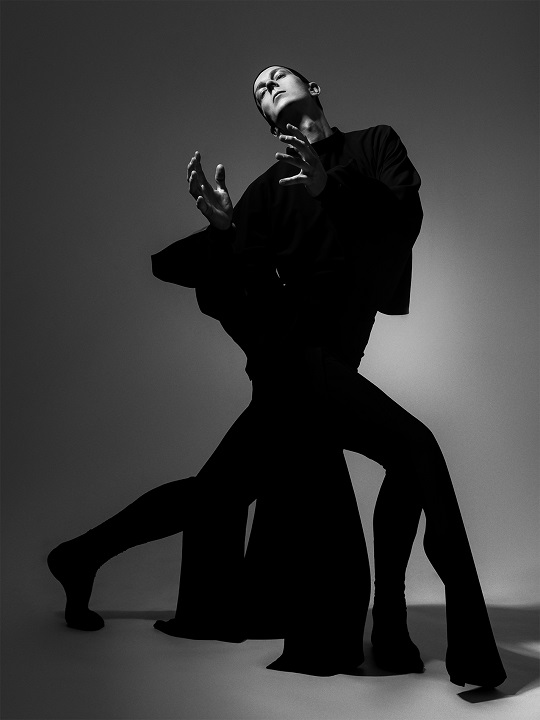 Dore Hoyer is one of the most important modern dance soloists from the 1930s to the 1960s. Born in Dresden in 1911, she trained with Ilse Homilius, a graduate from Hellerau-Laxenburg, and with Irma Steinberg at the Gret Palucca Schule in Dresden.

After her exams in 1931, she created several solo dance evenings, worked as a ballet master at the Oldenburg Regional Theatre and danced in various companies, including the new group founded by Mary Wigman.

In June 1945, she took over the former Wigman School in Dresden where she co-founded a dance school with Til Thiele, Nora Friedrich and the pianist and composer Ulrich Kessler. However, she left the city after coming into conflict with the cultural policy objectives of the SED (the Socialist Unity Party of Germany).

From 1949 to 1957, she worked as a ballet master at Hamburg State Opera and as a director, among other things.  In 1957, Mary Wigman helped her to attend the tenth American Dance Festival where she worked with Martha Graham, Doris Humphrey and José Limón. After a long period in South America, she returned to Germany in 1962 where she developed the dance cycle Afectos Humanos after texts by Spinoza and to music by Dimitri Wiatowitsch.

After Hoyer committed suicide in 1967, her close confidante Waltraud Luley passed on the choreography to Susanne Linke, Arila Siegert and Martin Nachbar, among others, and transferred the rights to the German Dance Archives Cologne.

The aim was to present Hoyer’s Afectos Humanos in an evening of chamber dance with Marianne Vogelsang’s Bach Preludes, which Nils Freyer has also reproduced as part of TANZFONDS ERBE.

The film recording shows the premiere from 13 May 2018 at Akademie der Künste, Berlin

THE VALUE OF DANCE: NOTES ON COPYRIGHT

Why is copyright so complex for dance works and why is there no collection society for choreographers? Project director Madeline Ritter and lawyer Rupert Vogel on German copyright law.MORE