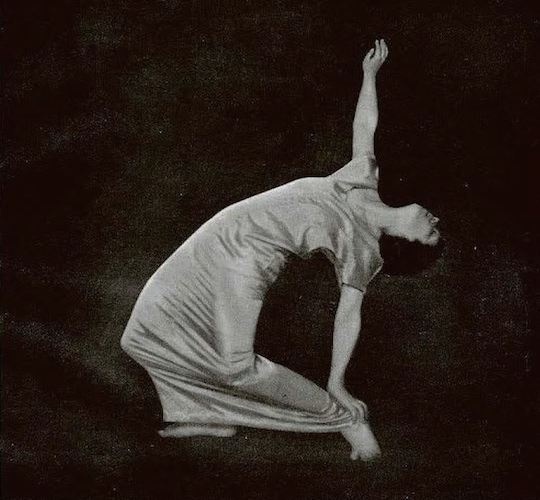 With its first major project, the Villa Wigman für TANZ (Villa Wigman for Dance) association has taken another step on the way to preserving the former Wigman School in Dresden as a historico-cultural location as well as a rehearsal, production and transfer centre for independent contemporary dance.

At Mary Wigman’s workplace and residence, the project initiators were taking the choreographer’s artistic and pedagogic positions as the starting point for a transformation in current artistic attitudes and working methods. It was thus possible to experience creative examination and critical discourse at this historical location in Dresden, which will also be developed as a production and performance venue for contemporary dance with a national reach.

Starting from Wigman’s methodical and philosophical approaches, a full evening programme by Katja Erfurth, Johanna Roggan, Isaac Spencer and Anna Till – in partnership with dancers from TanzNetzDresden – emerged.

There were also workshops, lectures, exhibitions and interventions in urban spaces in Dresden from June 2017 to July 2018 to create public awareness of Mary Wigman’s legacy as a dance artist.

The comprehensive programme was achieved with a range of co-operation partners, namely the Umbrella Association for Dance in Germany, the Leipzig Dance Archive, the Institute of Theatre Studies at the University of Leipzig, the Dresden Academy of Fine Arts, the Frankfurt University of Music and Performing Arts and the Palucca University of Dance in Dresden.

Brigitta Herrmann and Katharine Sehnert look back on their training with Mary Wigman and talk about their role in the reconstruction of Le Sacre du Printemps at the Städtischen Bühnen Osnabrück (2013).

The trailer of „Kreis Dreieck Chaos – Die Tänze der Mary Wigman heute“ has been compiled by the project itself.

The film documentation has been compiled by the project itself and offers an initial insight into the activities that have taken place to date.

The choreographer and dancer Prof. Dr. Jeff Friedman is the founder of Legacy, an oral history archive in San Francisco. In this interview, he talks about the potential of eyewitness reports for the archiving and passing on of dance knowledge.MORE

Theater Freiburg was creating research space at the Museum for New Art where artists and members of the public were investigating the future of cultural heritage. MORE