Incompleteness as opportunity.
On historical claim in dance

“You can’t have everything,” says the dance scientist and journalist Dr. Franz Anton Cramer. In this short essay, he considers the role of the archive, the potential of forgetting and the re-subjectivisation of dance knowledge.

Mary Wigman summarised the history of dance for her students in a seven-sided typewritten text. Its content starts with the Italian intermezzi, continues through the courtly ballets in France, the ballet d’action and Serge de Diaghilev’s company and ends with the innovations of modern dance. Wigman’s collection of material is headed “Subject: dance history” and can be seen in the archive of the Akademie der Künste in Berlin. Four-and-a-half centuries condensed into seven typewritten pages: even that counts as historiography.
In the 1980s, human scientists coined the phrase “the grand narrative”, namely interpretive and representational systems that create coherencies in thinking and culture, and provide direction, but at the same time also distort. Grand narratives – including of course all historiography – are above all characterised by the omission, hiding and suppression of facts and features. This is also one of the main accusations levelled against dance historiography as attempted up until now.

By focusing on the big names that are repeatedly set down as such in a kind of discourse mechanism, we overlook the fact that this group of “greats” also includes many small names. The entire art context that has developed since the start of the modern age in the West pushed individual figures into the foreground, but the middle and background is possibly far more meaningful: the schools and teachers, the educational techniques and methods, the economic situation and the entertainment industry, the reputation of art or individual arts in society and society’s ability to be erotic, the influence of the media on seeing and showing, the possibilities for communication and exchange, the concepts of beauty, the notions of rhythm, the role models and finally the power relations – without this totality, the individuality of art, and naturally also dance art, cannot be grasped or understood.

Fortunately, there have always been collectors. Sponsors, artists, the public and dance institutions – they have all attempted to preserve what dance has given them, what it cost them, what it did for them and how it came about. These collections have lives of their own: they have grown, been lost, and been reduced, expanded and changed; they have been promoted by policymakers or financially stifled. But they have survived ¬as archives, to preserve and classify the traces of that which has been, and to make these traces “speak”. Such collections – more or less systematic and often based on the private preferences of the founding figures –are a valuable reference point for discovering the as yet unseen and for getting an idea of the past.
One of the earliest establishments of this kind was the International Dance Archive in Paris, which began its activities in 1931. The Hungarian-Austrian dancer and educator Friderica Derra de Moroda began her comprehensive dance collection – which is now located at the University of Salzburg – during the interwar period. The influential German journalist Fritz Böhme was commissioned by the National Socialist regime to compile a national dance archive that later went up in flames in an air raid over Berlin. The GDR government established a national dance archive in Leipzig after the war in 1957. It still exists today, albeit in a modified form.
Currently in Germany, there are essentially the five member institutions of the Association of German Dance Archives that in Bremen, Cologne, Leipzig and Berlin safeguard sources on dance’s past – and present for that matter – and make them talk. In addition, many artists have preserved documents about their working methods and biography that are being given to archival institutions piecemeal. In France, there is a National Dance Centre – unique in Europe – that deals explicitly with the maintenance of such artist archives and makes them publicly available in grand style.

A great deal can be gleaned from these sources and inventories about dance’s past. There is only one thing they don’t offer: completeness. However large the collections may be, however fastidiously they seek out and obtain entry tickets, signed photos, press articles, scores and programmes, there are always gaps. All passing on omits something. History is passed on with gaps in it, in exactly the same way the present is perceived in a fragmentary fashion. Even in the digital age where Google or Facebook operate gigantic real-time historiography projects and attempt to store the entire world on servers, these social networks can only show what they have been told. Deficiency is therefore a condition, a key part, in fact a constitutive element of the experience of reality. But if the present is merely made up of things that happen to be collected, perceived or understood, history then needs to be seen far more as a network in which some things are caught, but most is lost. After Ludwig Wittgenstein, we can easily say that history is what is left in the archive’s net, the net we have thrown over reality.

Having to accept that witnesses of past events can only give an incomplete picture doesn’t mean that all statements about history are invalid. It is precisely because the full complexity of the present cannot be grasped that history is a kind of distillate of the real. In the dance world, many lament the fact that too many facts – including and maybe even principally the works and dance performances – are being forgotten. This is how events whose sources are passed on force their way unduly into the foreground. The same images, films and items are always shown in exhibitions or published in books. On the other hand, we are extremely fortunate to have rare film documentations by, say, Loïe Fuller, Mary Wigman and Anna Pavlova, even the 20-second garden party with Isadora Duncan, available to us today. And how much we regret the lack of any such film snippets of Vaslav Nijinsky or from the original Ballets Russes. It would be nonsense not to collect the few real documents available because the lack of volume or completeness amounts to a privileging of what exists over what has been lost. No one doubts that dance had more to offer than that what has been passed on. But the passing on of documents (films, written words, contemporary witness accounts) is the only thing we can build on, apart from fantasy that is.

History and forgetting belong together in the same way that source and interpretation do. History would not be history if there were no possibility to forget. This doesn’t mean of course that reality emerges in the process. Historiography would face a dilemma, at least in terms of dance, if it wanted to discover “how it really was”, as the reality of the artistic appearance is bound by subjectivity – that of the artist and the observer – which barely leaves any room for “objectivity”, and none for at all for completeness. What remains wholly possible, however, is the appropriation, the “re-subjectivisation”.
In each interpretation, reformulation, collage or reconstruction of past events, a form of subjectivity can emerge whose completeness is constituted by the artistic side of it, and it will do so again. History can never be complete. It requires subjectivity and that is only based on parts, excerpts and detail. It can only be complete within the meaning of art: a complex structure of historical knowledge, subjective interest, emotion, designing and pre-positioning. We imagine history by imagining the present. This is the task of the archive. Here is where its potential lies, and its potential here is inexhaustible.

is a dance scientist, philologist and journalist. He was acting managing director of the Tanzarchiv Leipzig in 2003 and 2004 before becoming a research fellow at the Centre National de la Danse in France. In 2006, he was responsible for developing the BA pilot degree course “Contemporary Dance, Context, Choreography” at the Inter-University Centre for Dance Berlin where he has been a guest professor since 2008. He was project co-ordinator of the “Cultural Heritage of Dance” section of Tanzplan Deutschland from 2007 to 2011 and as such was in charge of developing the database model “Dance on the Internet / Digital Atlas Dance”.  (Photo: Stephan Maria Rother)

Theater Freiburg was creating research space at the Museum for New Art where artists and members of the public were investigating the future of cultural heritage. MORE

Overview: Dance archives around the world

A list of libraries and archives with sections on dance, some of which can be viewed online. The list makes no claim to completeness.MORE 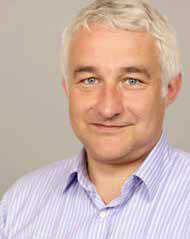